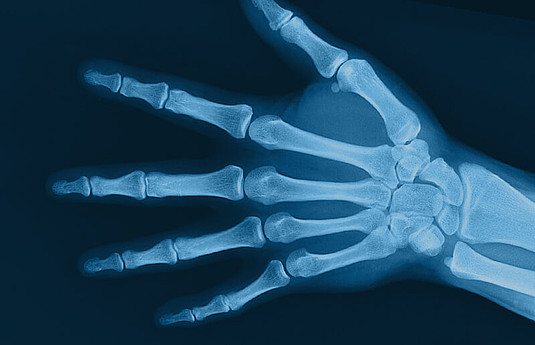 Outcome of a Hand Orthosis and Hand Therapy for Carpometacarpal Osteoarthritis in Daily Practice: A Prospective Cohort Study.

In this multicenter, prospective cohort study, patients treated with a hand orthosis and hand therapy for primary CMC OA between 2011 and 2014 were included. Pain (visual analog scale) and function (Michigan Hand Questionnaire) were measured at baseline, 6 weeks, 3 months, and at 12 months after the start of treatment. All patients converted to surgery were recorded between 2012 and 2016. Outcome was compared with baseline, and post hoc comparisons were made between patients who were not converted to surgery and patients who were converted to surgery after initially receiving a hand orthosis and hand therapy. Lastly, subgroup analysis was performed based on baseline pain levels.

After a mean follow-up of 2.2 ± 0.9 years, 15% of all patients were surgically treated. In the group that was not converted to surgery, pain (visual analog scale) significantly improved from 49 ± 20 at baseline to 36 ± 24 at 12 months. The Michigan Hand Questionnaire score was essentially unchanged from 65 ± 15 at baseline to 69 ± 10 at 12 months. Post hoc testing showed that improvement in pain was only significant between baseline and 6 weeks, and thereafter stabilized until 1 year after the start of treatment. The group that converted to surgery did not show any improvement in pain and function at follow-up.

In this cohort of patients with thumb CMC OA who underwent hand therapy including an orthosis, 15% of the patients underwent additional surgical treatment. The patients (85%) who did not undergo surgery improved in pain and function, although only improvements in pain were significant and clinically relevant. Most improvement was seen in the first 6 weeks and stabilized till 1 year after the start of treatment.

TYPE OF STUDY/LEVEL OF EVIDENCE: